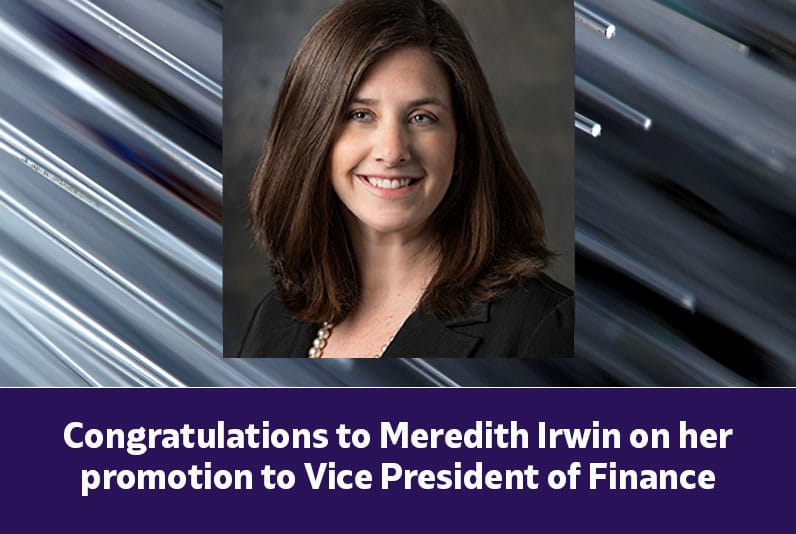 Meredith Irwin started at Horizon in 2011 as part of the engineering team. At the time, the company was expanding into southern and eastern Ohio. Following completion of her MBA, Meredith joined the finance team in 2015. As the Finance Manager, she quickly became the point person for primary modeling and forecasting, working closely with Horizon’s executives and Board of Directors, and provided integral, in-depth leadership analyses.

“It’s been a pleasure working with Meredith over the last several years,” says Pete Holland, Horizon Chief Finance Officer. “Her passion for her work and Horizon’s success is exceptional and the contributions she has made, her attention to detail and market value acumen has allowed us to make the right decisions for our expansion goals. Her promotion is recognition of her development into a leader in the company and is both earned and well deserved.”

Now, as Horizon’s Vice President of Finance, she coordinates with the finance and accounting teams, works directly with primary equity partner (Novacap), lenders, and external counsel, leads the forecasting and budgeting processes, and champions M&A activity alongside the CFO.

ABOUT NOVACAP
Founded in 1981, Novacap is a leading Canadian private equity firm with $2.6 billion of assets under management. The firm’s unique investment approach, based on deep operational expertise and an active partnership with entrepreneurs, has helped accelerate growth and create long-term value for its numerous investee companies. With an experienced management team and substantial financial resources, Novacap is well positioned to continue building world-class companies. For more information, please visit www.novacap.ca