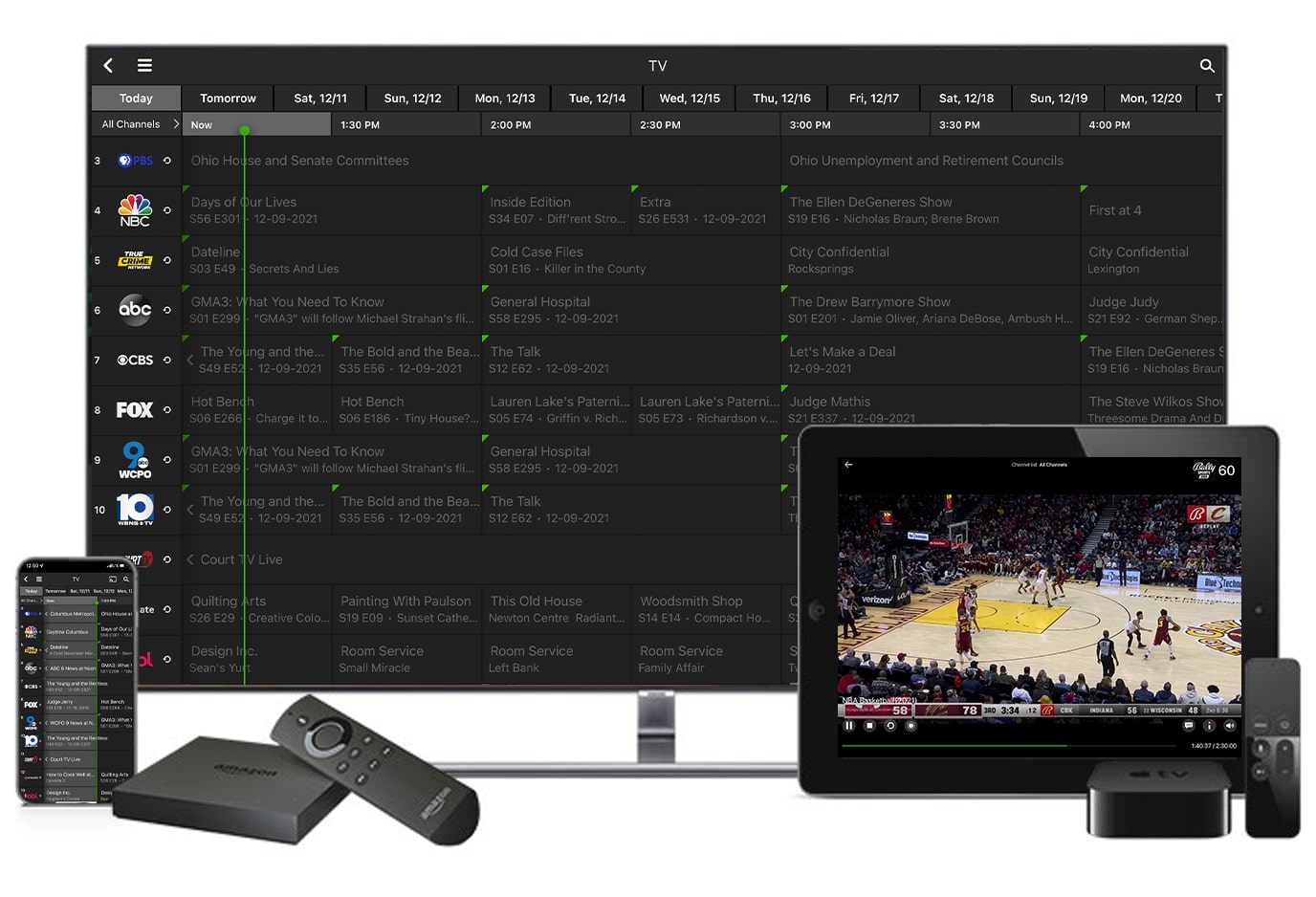 Get to know your streaming devices

As more and more people cut the cord to stream their favorite movies and TV shows, an increasing number of companies are jumping into the fray by manufacturing new devices and platforms for viewing the content you want to watch.

We’ve picked five of our favorite media streaming devices (in alphabetical order) to help you get an idea of what’s available. We’ve included basic information, along with a few pros and cons, to give you an idea of their distinguishing features.

The Amazon Fire TV Stick 4K Max is currently the fastest Fire TV Stick that Amazon offers—and it’s definitely the way to go if you’re an Amazon Prime subscriber. It comes with all the apps you’ll need for streaming, and features Dolby Atmos sound, Dolby Vision, HDR10 and HDR10+. It also supports Wi-Fi 6, and has great live TV integration. If you’re thinking about an Amazon Fire TV streaming device, this model is the one to get.

Pros: Fastest performance from any of the current line of Amazon Fire TV Sticks. Handy live TV integration. So many apps.

If you’re in the Apple ecosystem, this is one of the fastest and most practical 4K streaming devices available. It allows you to share your tvOS on-screen content quickly and easily from most Apple computers, iPads, or iPhones. The Apple TV 4K tends to be on the pricey side, so it might not make sense for people who don’t already use Apple devices or have streaming Apple media in their libraries.

If  you don’t have a favorite platform, the Google Chromecast offers a neutral gateway to all your streaming devices. Chromecast hooks directly into the HDMI port on the back of your TV, and draws its power from the USB port. It can then function as a receiver for streaming video links sent from your PC, phone, or tablet.

Pros: Generally lower-priced than most of its competitors. Lots of available streaming services.

Cons: 4K streaming requires an upgrade to the Chromecast Ultra.

With a quad-core processor, the Roku Streaming Stick+ is one of the faster streaming sticks on the market today and it can access all of your favorite platforms, such as Netflix and Hulu, as well as many other apps in 4K UHD.

Cons:  Yes, it has a large selection of apps, but they’re a mixed bag in terms of quality.

The TiVo Stream 4K features a sleek design, a voice-enabled remote, and an Android TV platform with access to thousands of apps. Furthermore, Chromecast is built in. The TiVo Stream 4K aggregates apps and content from a wide variety of channels, including Netflix, Prime Video, Hulu, Disney Plus and HBO Max through its own app interface.

Are these the only devices you can use to stream content?

Not at all. We’re only scratched the surface with a few of the most popular ones currently on the market. There are a wide variety of devices that you can use to watch your favorite movies and TV shows—from your personal laptop or tablet to many popular video game consoles.

Horizon is here to help!

At Horizon, we value our role as your trusted advisor when it comes to making the most of our internet services.

Have questions? We’re here and we’d love to hear from you!